Join the 20,000+ attorneys who read The Slip Opinion.Learn More 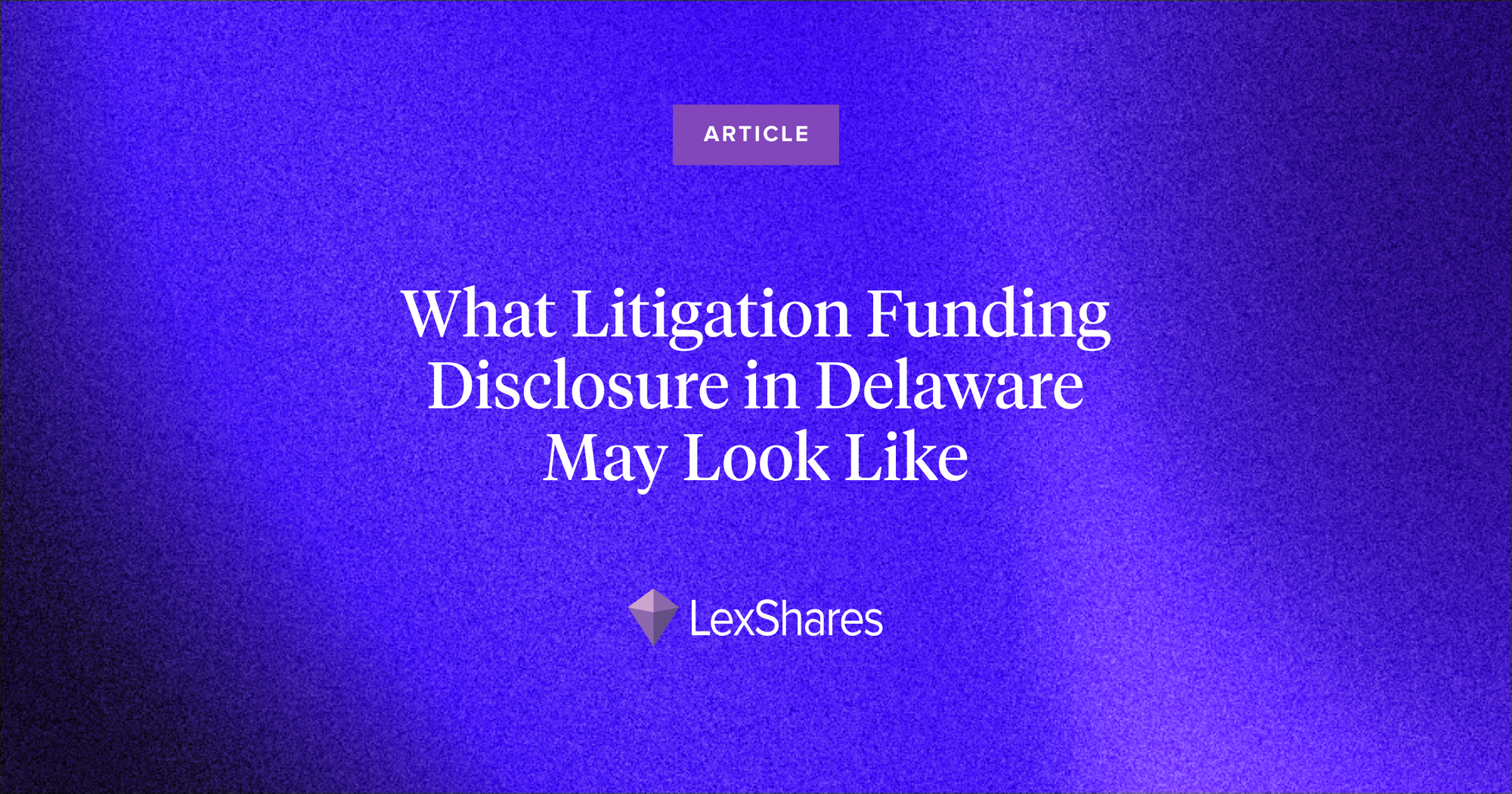 What Litigation Funding Disclosure In Delaware May Look Like 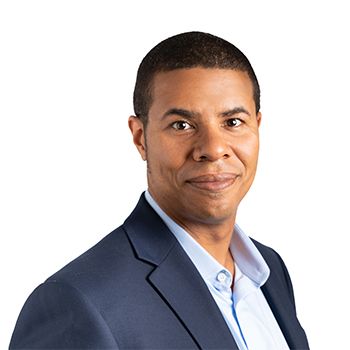 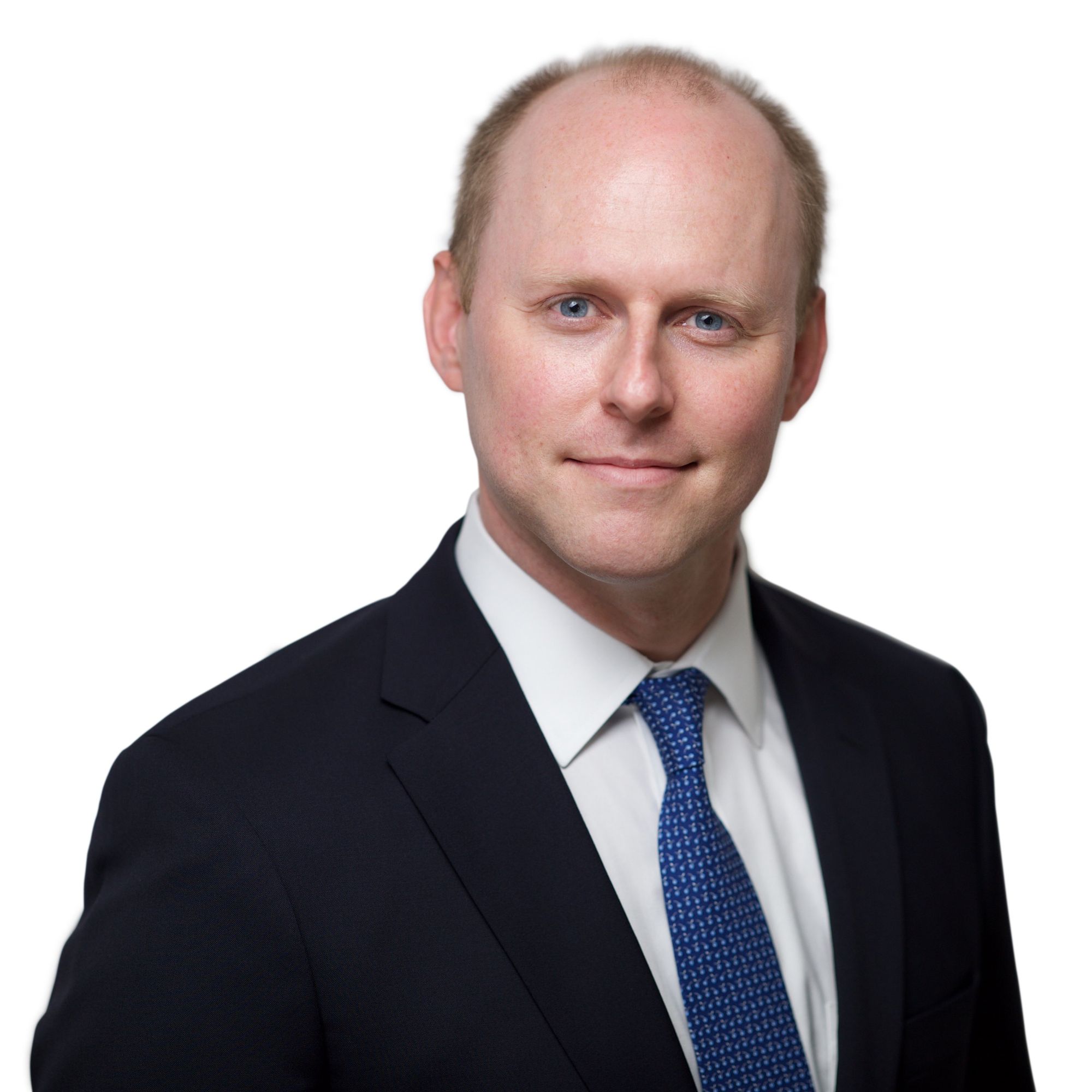 U.S. District Court for the District of Delaware Chief Judge Colm Connolly captured the attention of the litigation finance community this spring when he issued a standing order declaring that any litigant receiving non-recourse funding from a third party must disclose that fact, provided the case is heard in Judge Connolly's courtroom.[1]

At first blush, the April 18 order was unwelcome news for the litigation funding industry and parties that face a resource disadvantage in court.

Like most of our industry peers, we believe the burdens of disclosure generally outweigh the benefits. To see mandatory disclosure take root in Delaware — the default home for major American corporations — is not an ideal development.

But compared to potentially more intrusive disclosure regimes, Judge Connolly's order is unlikely to have onerous effects on litigation finance.

Learn how to ethically advise clients on funding-related matters with our ethics guide for attorneys.

Though it is sometimes portrayed as such, disclosure of litigation funding is not a binary choice — it can take various forms.

At the least burdensome end of the spectrum, the funded party might be required to simply reveal the name of the funder in an in-camera setting. At its most intrusive, a disclosure regime could force a claimant to turn over a funding agreement to its adversary, thereby revealing the commercial terms of the arrangement and providing valuable insight into the claimant's ability to withstand a drawn-out litigation battle.

Conceivably, disclosure could include analysis of strengths and weaknesses of the case — after all, a funder's diligence of the proposed claims informs its investment decisions.

Given the range of possible disclosure rules, it is important to be precise about the content of Judge Connolly's standing order. In the first instance, disclosure in his courtroom will consist of three parts: the identity of the funder; whether the funder's "approval is necessary for litigation or settlement decisions in the action," and if so, "the nature of the terms and conditions relating to that approval"; and a "brief description of the nature of the financial interest" of the funder.

Beyond this initial obligation, the standing order contemplates additional discovery upon a showing that the [funder] has authority to make material litigation decisions or settlement decisions, the interests of any funded parties or the class (if applicable) are not being promoted or protected, ... conflicts of interest exist, ... or other such good cause exists.

The standing order's use of general language such as "nature of the financial interest" and "good cause" leaves some doubt about the weight of the burden to be imposed. But broadly speaking, the order appears to contemplate disclosure somewhere in the middle of the spectrum of possibilities.

The funded party's adversary apparently will learn some basic details about the existence and nature of the funding arrangement, but there is no default requirement to produce the funding agreement. To the extent an adversary seeks more intrusive discovery, it must justify its request with an affirmative showing.

Are Disclosure Mandates a Double-Edged Sword?

Litigation funders have traditionally been skeptical of mandatory disclosure proposals in part due to potential ambiguity regarding the circumstances that would reasonably warrant additional discovery.

Judge Connolly's standing order refers to a funder's "authority to make material litigation decisions or settlement decisions." That concern is often raised by litigation finance critics, but it is misplaced for two reasons.

First, professional litigation funders never seek to control litigation decisions — we take care to avoid being the decision maker and place our faith in the track record of our client's legal team. Second, the degree of control or influence that a funder may have in the litigation are simply not matters that are relevant to an adverse party's defense of the case.[4]

In the dwindling number of jurisdictions that still recognize the common law doctrines of champerty and maintenance, the adverse party in the litigation cannot invoke those doctrines as a defense to the claim.[5]

A similar analysis applies to the situation in which "the interests of any funded parties or the class (if applicable) are not being promoted or protected."

Here, again, an adverse party cannot assert a defense on this basis. Admittedly, in the class action context, the logic for disclosure is somewhat stronger, given the court's independent obligation to monitor the protection of class members' interests.

The unique considerations around class actions are reflected in the standing order adopted by the U.S. District Court for the Northern District of California on third-party litigation funding disclosure, which encompasses only cases involving class certifications and other collective actions.[6]

Finally, Judge Connolly's standing order refers to potential conflicts of interest. It is hard to know what conflicts are envisioned. In theory, there is the possibility of the judge having a financial relationship with a funder, with disclosure helping to surface the need for recusal. But if this were indeed the case, in-camera submission would be sufficient, at least at the outset.

From the perspective of the undercapitalized party, the central concern about mandatory disclosure is that it may create worrisome opportunities for defendants with greater resources to shift attention away from the substance of claims, opening the door to tangential wrangling over the funder's alleged role.

This has the potential to extend the duration and raise the costs of litigation, a burden that — if not shared with a third-party funder — either falls upon contingent fee law firms or, at worst, deters plaintiffs from pursuing claims with merit.

Even with the assistance of third-party funding, small businesses adverse to publicly traded companies and other well-capitalized, well-represented entities have little margin to engage in costly, unproductive discovery and motions battles.

In theory, widespread adoption of Judge Connolly's standing order could reduce access to justice. In practice, and although the sample size is relatively limited, we must concede that we are unaware of broadly negative consequences of the New Jersey rule adopted last June.

It is possible that, at the margin, meritorious cases have not been brought in New Jersey as a result of the change. The impact of both the New Jersey rule and Judge Connolly's standing order will be worth monitoring in the months and years ahead.

On balance, we would recommend that courts treat disclosure on a case-by-case basis, as remains the situation in most federal districts and state courts today. But if disclosure requirements are to be adopted more broadly, we would prefer Judge Connolly's approach to more restrictive potential alternatives.

[2] See Charge Injection Techs., Inc. v. E.I. Dupont De Nemours & Co., No. 07C-12-134-JRJ, 2015 Del. Super. LEXIS 166 (Super. Ct. Mar. 31, 2015) (denying a motion to compel production of an unredacted version of a funding agreement that would reveal the financial terms, on the grounds that this was protected work product created because of the litigation).

[6] Standing Order for All Judges of the Northern District of California: Contents of Joint Case Management Statement.

Terms of Use
|
Privacy Policy
IMPORTANT MESSAGE: www.LexShares.com (the “Site”) is a website owned and operated by LexShares, Inc. (“LexShares”). By accessing this Site and any pages on this Site, you agree to be bound by its Terms of Use and Privacy Policy, as may be amended from time to time without notice or liability. Investment opportunities posted on the Site are indirect investments in legal claims offered through single purpose pooled investment funds managed by LawShares LLC and sold through WealthForge Securities, LLC, a registered broker-dealer and member FINRA / SIPC. WealthForge Securities, LLC and LexShares, Inc are separate entities. Please find WealthForge Securities privacy policy here. Certain employees of LexShares Inc are registered representatives of WealthForge Securities LLC (check the background of this firm on FINRA's BrokerCheck). LexShares is not an investment advisor, broker-dealer or crowdfunding portal and does not engage in any activities requiring any such registration. The securities offerings posted on the Site are available to Accredited Investors only.
All accredited investors using the Site must acknowledge the speculative nature of these investments and accept the high risks associated with investing in legal claims including but not limited to concentration risk, lack of control over the prosecution of underlying claims and claimant's inability to assert and collect on their claims. Investment opportunities posted on this Site are “private placements” of securities that are not publicly traded, are subject to holding period requirements, and are intended for investors who do not need a liquid investment. The plaintiff may not prevail in their lawsuit, resulting in a loss of invested capital for investors. Investors must be able to afford the loss of their entire investment without a change to their lifestyle. Diversification does not guarantee profits or protect against losses. The securities are offered pursuant to an exemption from the registration requirements of the Securities Act of 1933, as amended, and are not required to comply with specific disclosure requirements that apply to registration under the Securities Act. Neither the US Securities and Exchange Commission nor any state regulator or other regulatory body has passed upon the merits of or given its approval to the securities, the terms of the offerings, or the accuracy or completeness of any offering materials. Neither LexShares nor any of its directors, officers, employees, representatives, affiliates or agents shall have any liability whatsoever arising, for any error or incompleteness of fact or opinion in, or lack of care in the preparation or publication, of the materials and communication herein or the or that the valuation of any securities offering is appropriate. LexShares does not give investment advice, provide analysis or recommendations regarding any offering posted on the Site. Prior results are not indicative of future performance; actual results may vary materially. Any testimonials are examples from clients or press, and may not be representative of your experience. They are not a guarantee of performance and they have not been compensated for their testimonials. Articles or information from third-party media outside of this domain may discuss LexShares or relate to information contained herein, but LexShares does not approve and is not responsible for such content. Hyperlinks to third-party sites, or reproduction of third-party articles, do not constitute an approval or endorsement by LexShares of the linked or reproduced content. The Site may contain “forward looking statements” which are not guaranteed. IRR reflects the annualized rate of return per the xirr Excel function. All investors should make their own determination of whether or not to make any investment, based on their own independent evaluation and analysis. You are strongly advised to consult your legal, tax and financial advisors before investing. The securities offered on this Site can only be marketed in jurisdictions where public solicitation of offerings are permitted; it is solely your responsibility to comply with the laws and regulations of your country of residence.
Learn more about investing in private placements from the SEC, FINRA or LexShares’ specific financing model.
© 2021 LexShares, Inc. All rights reserved.