Commercial litigation finance, like other industries, follows a seasonal trend. The third quarter for LexShares and the broader litigation finance industry is traditionally the slowest quarter of the year in terms of both closed deals and investment resolutions.

Even so, there were still several significant industry updates during the quarter, including the public disclosure of several high-profile funded matters in the United Kingdom and Australia, new market entrants and fundraises, as well as two publicly traded litigation funders reporting their financial results.

Disclosure at Home and Abroad

Mandatory court disclosure regarding the existence of a litigation funding agreement, as well as the additional disclosure of the associated deal documentation, has been a topic of debate in the United States for several years. A new rule adopted in New Jersey’s federal court, which requires a disclosure statement to be filed for funded cases, became effective last quarter on August 5. As this change went into effect and the filing deadline approached, we expected to see headlines about funded cases in New Jersey — yet those headlines never came.

In contrast, it has become fairly routine in other common law jurisdictions for funding arrangements to be disclosed. Anecdotally, we are seeing the disclosure of a larger number of high-profile lawsuits funded in the U.K. and Australia, and there was a discernible uptick in the publicity of larger deals during the previous quarter.

For example, Omni Bridgeway backed two Australian class actions for policyholder losses resulting from the COVID-19 pandemic: one against QBE Insurance Group, and the other against Lloyds. In addition, Litigation Capital Management (LCM) funded the liquidation proceedings of the Comet Group, which at the time of its insolvency was the UK’s second-largest electrical retailer. LCM also disclosed their investment in a collective action in the UK’s Competition Appeal Tribunal against Govia Thameslink Railway.

Elsewhere, Therium Capital Management announced the backing of a potential £1 billion class action in the U.K. against banks that were fined for rigging the foreign exchange market, including Barclays, Citigroup, JP Morgan and RBS. Vannin Capital separately announced that it is backing a claim filed by Hausfeld in the Competition Appeal Tribunal against Google.

These cases are just a few examples of deals disclosed publicly outside of the U.S. this past quarter. In light of active disclosure discussions in domestic jurisdictions, including the aforementioned activity in New Jersey, it is notable that we did not see any major funded cases disclosed in the U.S. — perhaps an indication that New Jersey is not a highly active jurisdiction for major litigation finance transactions.

A recent whitepaper published by Westfleet Advisors provided further insights into disclosure trends in various U.S. jurisdictions. According to the empirical evidence, and despite attempts by the defense bar to compel disclosure of litigation funding arrangements, the majority of U.S. courts have ruled that such information should be kept confidential.

Westfleet’s analysis of known U.S. court decisions through July 2021 found that judges broadly dismissed defendants’ efforts to obtain litigation information and documents from their opponents. For example, in 43 of the 52 cases (83%) Westfleet analyzed, the courts did not allow for significant discovery or only allowed partial discovery on a redacted basis, protecting work product information.

The authors of the study noted that “lawyers specifically should understand that whether they represent funded parties or their opponents, courts are mostly likely going to apply ordinary discovery principles about relevance and discoverability, and about work product protection, to efforts to probe litigation funding arrangements.” They added that “court[s] are not going to be spooked by some concern that litigation funding is strange or outside the normal rules of discovery.”

In addition, we saw Kerberos Capital Management announce its intentions to raise $300 million for its third fund. While Kerberos is not technically a commercial litigation funder — it has also historically focused on mass tort, class actions, law firm lending, and personal injury claims — it has nevertheless garnered the attention of pension funds that are seeking uncorrelated assets to add to their broader alternatives portfolios.

Furthermore, industry veteran Harbour Litigation Funding launched a new £150 million funding venture with the international law firm Mischon de Reya, which will be used to fund claims for the law firm’s clients. A similar deal was struck in the quarter between litigation funder Bench Walk Advisors and the publicly traded U.K. law and professional services firm Gately. Bench Walk’s facility provides funding for an initial sum of £20 million with room for a further £30 million increase. We believe that we will begin to see similar deals in the U.S. where funders and law firms align themselves using specific law firm-dedicated vehicles.

In other news, publicly traded litigation funders Litigation Capital Management (LCM) and Burford Capital reported their financial results this quarter. While LCM saw applications for funding increase 10%, the amount of capital they committed decreased more than 25% year- over-year for their fiscal year ending June 30, which is likely due to the impact of the pandemic, especially with LCM being an Australian company. One interesting item we saw regarding LCM’s performance was the variability of returns across periods, demonstrated by the resolution of a single matter which contributed 67% of the firm’s overall fiscal year 2021 revenue.

Burford Capital reported more than $500 million in new commitments for the 6-month period ending June 30, 2021. The trend of Burford and other large AUM litigation funders continuing to fund bigger and more complex deals can be seen in their deployment activity for the period. Of Burford’s 14 new case investments, none involved commitment levels under $5 million, and 6 of its new case investment commitments were above $20 million.

In September, LexShares attended the third annual IMN litigation finance summit — our team’s first chance to connect with industry participants, lawyers, and investors since early 2020. LexShares CEO Cayse Llorens was a featured speaker on a conference panel titled “Investor Perspectives: The Future of Litigation Finance as an Asset Class.”

The panel explored how litigation finance investments fit into a broader portfolio of traditional and alternative assets, as well as the prevalence of litigation investments across institutional allocators. Multiple panelists observed that both investor and recipient demand for litigation finance remains strong, despite the macroeconomic fluctuations we have seen over the past 18 months.

Finally, LexShares’ Director of Risk & Deputy General Counsel, Kenneth Harmon, published a commentary in The Recorder titled “California’s Evolving Views on Disclosure of Litigation Funding.” In his article, Mr. Harmon analyzes how California courts have handled attempts by defense counsel to uncover litigation funding-related documents. He lays out the litany of cases, opinions and ethics rules showing that California is broadly permissive of litigation finance and has followed a larger trend of preventing discovery of funding materials in the U.S.

This release may contain “forward looking statements” which are not guaranteed. Investment opportunities posted on LexShares are offered by WealthForge Securities, LLC, a registered broker-dealer and member FINRA / SIPC. LexShares and WealthForge are separate entities. Investment opportunities offered by LexShares are “private placements'' of securities that are not publicly traded, are not able to be voluntarily redeemed or sold, and are intended for investors who do not need a liquid investment. Private placements are speculative. Investments in legal claims are speculative, carry a high degree of risk and may result in loss of entire investment. 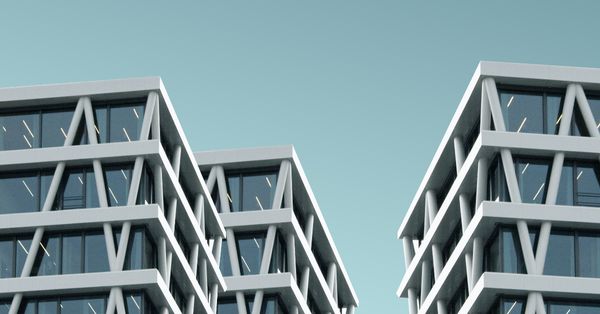 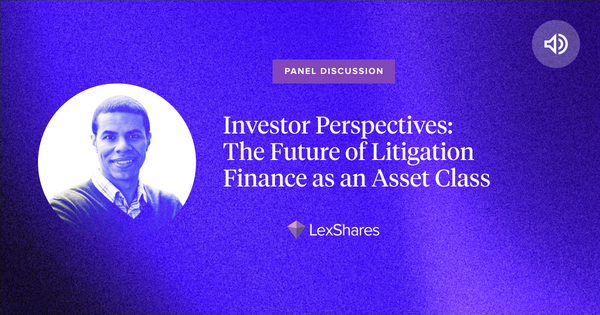