As the United States court system begins to address a significant backlog of civil cases, which have accrued over the course of the lingering pandemic, the litigation finance industry is showing continued signs of growth and maturity through the early months of 2021.

A recently-released report from Westfleet Advisors provides a notable example: the industry’s combined assets under management were estimated to exceed $11 billion for the 12-month period ending June 2020, an 18% increase from 2019. Aligned with one of the trends we noted in our last quarterly update letter, the report also highlighted new market entrants, as the number of litigation funders active in the U.S. market grew from 41 to 46 firms.

Westfleet further found that U.S. litigation funders committed $2.47 billion to funding new deals during the twelve-month period ending June 2020. This would impute a 6% year-over-year increase in capital deployed, according to data previously compiled by Westfleet. Charles Agee, the firm’s managing partner, underscored the impact of the pandemic, suggesting it had a dampening effect on the litigation finance industry, but was skeptical this figure adequately reflected its true growth rate. He noted that there may have been a slowdown in parties' abilities to get funding deals done, particularly in the second quarter of 2020, which is included in the report’s data. We agree that 6% growth seems incongruous with the long-term direction of the litigation finance market, especially in the small to mid-size market segment where LexShares primarily focuses.

In order to understand where market incumbents and these new entrants are focused, we believe the most interesting statistics to analyze involve average deal size. According to the Westfleet report, for 2020, the average dollar value of the transactions analyzed was $7.8 million. Single case deals averaged $4.5 million, while portfolio transactions averaged $12.8 million. These reported industry averages support the often-cited contention that litigation funders prefer larger deals.

Notably, the largest deal ever transacted on the LexShares platform was $4.1 million, and the average transaction size on the LexShares platform over the last twelve months was nearly $1 million. We believe this disparity in deal size is attributable to incumbent funders’ inability, through traditional deal origination methods, to source a material volume of mid-sized deals in order to move the needle for funds of their size.

The result of nearly all market participants focusing on larger transactions will likely be increased competition and more preferential deal pricing for funding recipients at the larger end of the litigation finance market. We are pleased to see that this data supports our continued belief that the mid-sized market segment is an often-neglected area that remains a greenfield opportunity.

Here are some additional market statistics from the Westfleet report worth noting:

Last quarter, in addition to highlighting the trend of new market entrants as noted above, we also touched upon the likelihood of two other future developments, which we saw begin to play out during the first quarter. The first was increased transparency and standardization of transaction documents. The second was increased consolidation and, with it, continued investment in litigation finance assets and operators by investors who have not traditionally had exposure to alternatives. We view both of these trends as positive growth drivers for the litigation finance industry.

UK-based litigation funder LionFish, in partnership with the UK law firm Rosenblatt Limited, announced that they are making their litigation funding documentation publicly available. The firms point out that, prior to their efforts, there had been little evolution in the development of standardized trade practices typically associated with established financial markets. LionFish and Rosenblatt are not alone. Previously, the law firm of Brown Rudnick announced the formation of a working group in an effort to develop model documentation to support the continued growth and development of the litigation funding market. We note that while standardized documents are a helpful start, the bespoke nature of litigation finance transactions requires careful attention be paid to tailoring documentation for each deal — regardless of how ubiquitous template documents become.

This quarter we saw Mithaq Capital, Burford Capital’s largest shareholder, take a position in the publicly traded litigation funder Manolete Partners in the UK. Also in the UK, the former owners of the litigation ATE insurance broker TheJudge Group launched a new litigation finance fund with the Thomas Miller Group following the acquisition of TheJudge Group last year. The new entity will be called Erso Capital and will reportedly have access to more than $1 billion through

Another example of more mainstream participation in litigation finance was Northleaf Capital Partners providing a $50 million credit facility to the publicly traded Litigation Capital Management (“LCM”). Northleaf is a global private markets investment firm. The credit facility, which is secured against LCM's assets, is available for general corporate purposes and has a four-year term. The coupon comprises a LIBOR based rate of 8% per annum together with a profit participation calculated on the profitability of LCM's direct investments. The overall cost of the facility is capped at 13% per annum.

As the country distances itself from the pandemic’s onset and U.S. courts begin to fully reopen, we expect demand for litigation funding to remain elevated. Interest in bankruptcy litigation funding in particular may rise as stimulus measures taper off. Capital constrained businesses may seek alternative ways to finance legal expenses and working capital. The right third-party investment would have the potential to help debtors, creditors, and distressed entities maximize their recoveries in these complicated matters.

At the same time, we also anticipate certain legal proceedings, such as depositions, to remain remote due to the significant time and cost savings they provide. To that end, LexShares in February announced a strategic partnership with Remote Legal, a leader in virtual deposition services. In addition to cross-marketing opportunities, the partnership will give litigants receiving funding through LexShares access to court reporting expertise and a videoconferencing platform built specifically for legal proceedings.

View our track record to learn why LexShares is a leader in litigation finance investing.

This release may contain “forward looking statements” which are not guaranteed. Investment opportunities posted on LexShares are offered by WealthForge Securities, LLC, a registered broker-dealer and member FINRA / SIPC. LexShares and WealthForge are separate entities. Investment opportunities offered by LexShares are “private placements'' of securities that are not publicly traded, are not able to be voluntarily redeemed or sold, and are intended for investors who do not need a liquid investment. Investments in legal claims are speculative, carry a high degree of risk and may result in loss of entire investment. 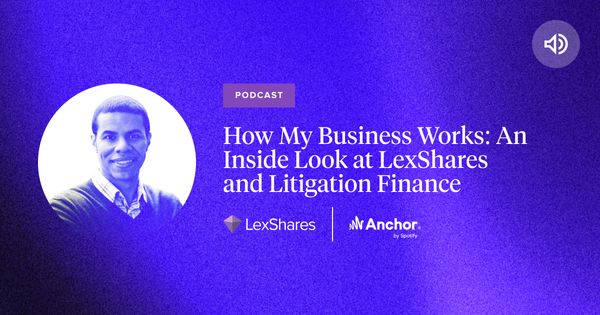 Commercial litigation funding is a fast-growing niche within the larger umbrella of litigation finance investing, as LexShares CEO Cayse Llorens explains during a recent podcast... 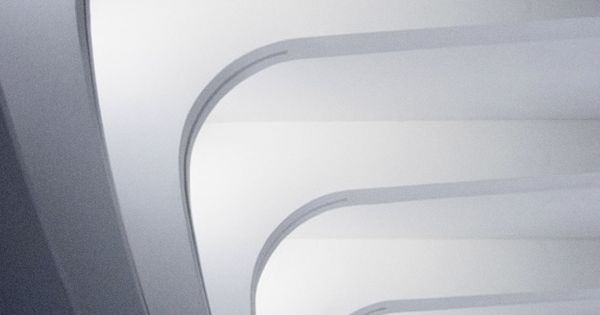 Historically, litigation finance has remained out of reach for the broader investment community. LexShares Co-Founder Jay Greenberg explains why that is quickly changing...