The rapid growth of the litigation finance industry in recent years has been remarkable. Over $15 billion in capital has been committed to litigation finance investments worldwide, and in the past five years the number of law firms using it has increased fourfold. As in any other young industry, this level of growth brings with it ever-increasing calls for regulation. One particular area of focus has been the issue of whether litigation financing agreements must be disclosed by the plaintiff to the opposing party in a lawsuit. In recent months, there have been some notable developments on this front, both in the legislative and judicial branches. Despite some outliers, courts and lawmakers have generally taken a cautious approach against mandating disclosure to defendants, which is a positive trend for the industry.

Front and center in the debate has been the years-long push by the U.S. Chamber of Commerce to amend Rule 26 of the Federal Rules of Civil Procedure to require disclosure of litigation finance arrangements. Most recently, this was reviewed in late 2017 by the Civil Rules Advisory Committee, who examined the issue but declined to take action. The Committee appeared skeptical of the need to require disclosure and stated that while it was clear that the Chamber did not seek to regulate lending, “the benefits of disclosure are less clear.” It also noted that no specific examples were provided where litigation finance had a deleterious effect on the parties or the outcome of a case. It is telling that the Committee has neither imposed any rule changes, nor indicated any urgency to do so, despite four years of lobbying by the Chamber. In fact, the Committee stated that “the topic may be no more ripe for further work now than it was in 2014 or 2016.”

Consistent with this recent theme of caution against disclosure of financing to the opposing party, the May 2018 decision by Judge Dan Polster (N.D. Oh.) in In Re National Prescription Opiate Litigation was instructive. He merely required that the attorneys submit letters to the court, ex parte, briefly describing the funding arrangement. He also required affirmations, from the attorney and the funder, that the financing agreements do not create conflicts of interest nor interfere with the attorneys’ vigorous advocacy or the plaintiff’s settlement decisions. Instead of requiring disclosure for disclosure’s sake, the focus of Judge Polster’s decision was limited. He sought to ensure that no conflicts existed, and that the litigation finance company would be removed from strategic decisions in the case but did not mandate disclosure of the actual agreements.

Judge Polster’s opinion cited another 2018 opinion from the Western District of Pennsylvania, Lambeth v. Seagate, which held that litigation finance agreements are protected by the work product doctrine. The judge in Lambeth ruled that because the documents were prepared in anticipation of litigation that could be reasonably foreseen, they are protected by Rule 26(b)(3)(a) as work product. This decision was consistent with the oft-cited decision in the 2014 Caterpillar case, which also ruled against disclosure of litigation finance agreements on the basis of work product privilege and the common interest exception to the attorney-client privilege waiver.

Will there be more Wisconsins?

Despite the general trend of caution, there have been some exceptions in recent months at the other end of the disclosure spectrum. In February, the District Court of Delaware in Acceleration Bay v. Activision ruled that pre-agreement documents exchanged between a plaintiff and a funder were not subject to work product protection. This decision appears to be an outlier, however, as it specifically dealt with documents exchanged in advance of a litigation finance agreement, rather than the agreement itself.

Perhaps more noteworthy, Wisconsin has recently enacted a state law requiring disclosure of the agreement to the opposing party. This is the first law of its kind nationwide, and we believe it was likely an inadvertent, overboard attempt to combat class action abuses. The litigation finance component of the law, which narrowly passed, was just one part of a sweeping set of changes to class action litigation and consumer lawsuit lending in that state. Since the Wisconsin law was enacted, no other state legislatures have passed similar laws.

Where does disclosure go from here?

We believe that limitations on disclosure are sensible. Among other reasons, limiting disclosure also limits costs. If disclosure were mandatory, plaintiffs would be subject to more burdensome discovery in the form of additional depositions and document requests focused specifically on the plaintiffs’ use of litigation finance. Since the funder is typically removed from decisions about case strategy, this additional discovery would be unnecessary yet it would provide defendants with another avenue for delay. Moreover, it would discourage use of litigation finance more broadly, as cost-conscious plaintiffs would be wary of added expenses associated with litigation finance.

In addition, from a general fairness standpoint it is puzzling why litigation finance should be singled out as the only financial arrangement subject to increased scrutiny. Courts generally do not require the plaintiff to disclose its other sources of financing (for example, details about its bondholders or other lenders), so it seems arbitrary to focus only on its litigation finance agreements.

On balance, the above-mentioned developments regarding funding agreement disclosure have been encouraging. As the litigation finance industry continues its inexorable growth, the treatment of disclosure will be worth watching closely. 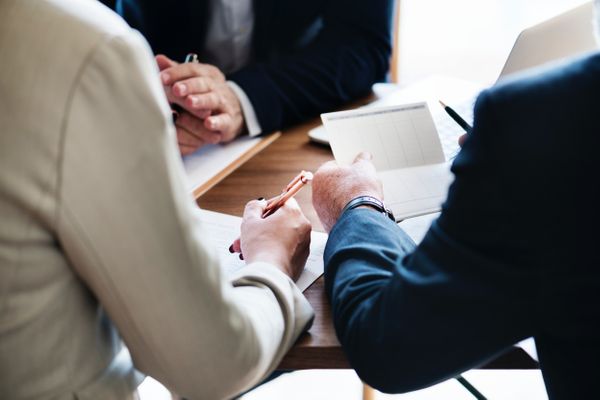 The following is a transcript of a live panel recorded at the IMN Conference: "Financing, Structuring and Investing in Litigation Finance" in New York City. It was moderated by Marcus Green (Director of..